[Intro Diddy]
No mercy has begun
Ladies and gentlemen
Machine Gun Kelly
This kid, I think he is a star
He's on of the best live performers I've ever seen
He has also, more importantly, a movement

[Verse 1]
Backpack, fuck that, I was always hanging where the thugs at
I was always hanging with the rugrats
Someone come and show me where the drugs at
Someone come and pop on a hot song, meaning my shit
Get and iPhone, take a video
I'll make a last song, get some popcorn
Cause I murder every single instrumental that I get on
And a motherfucker Isn't gonna stop this year
'Til I make an album like a 2Pacalypse
Until I'm killin everybody like an Auschwitz
Until I'm revolutionary like a Gandhi is
Until I'm poppin' all these bottle to accomplishments
Until I'm always high and mellow where the comet is
Until whenever somebody is feeling talkative
My name is brought up, doesn't matter what the topic is
Didn't think I rap? Bitch I flow like "BOOM BOOM BAH"
Bet you come from where you never move that
Look into my room, get a few look at my packs, got that
Got weed, got jack, oxys have that
Got jimmy, got slash, got shrooms, got hash...
...syndrome ...got mad...
Walked on the red carpet like kiss my ass you bitch
(He was truly the only developed, on point performer on the bill)
(When you think about lyricists, do you know who MGK is?)
(I need a freestyle, I need to hear Machine Gun Kelly spit)
Fuck that, y'all don't gotta hear shit
Ask anybody in the 216
If my name rings bells in them bricks
Everybody know who that is
What you hatin boy? You late boy
You ain't heard about that great boy
That three letter name Caucasian boy
Used to live right there up the way boy
Man you heard about him you said the name
You saw the iTunes and click the play
You liked the shit and you bought the shit
Put him on a playlist right next to Jay
And your girl saw me, I signed her tits
And she disappeared, you couldn't find the bitch
And your heart stopped, you know what time it is
I put my dick in that common sense
Fuck boy you lonely, Fuck boy you phoney
You would think these fuck boys fuckin' boys
With the way that they be all on me
If it ain't EST in your mouth, then whatever you rep is corny
Got a new single without me on it?
That shit borin' bitch I'm snorin'
Man I'm tourin every damn day
I'll show y'all how to turn up
100 j's in my ashtray bitch I'll show y'all how to burn up
Sacraficed what y'all wouldn't give to these kids
And now you love fans?
None of these rappers got a movement tell 'em quit jockin' my ass
God damn, and yall can have the bloggers I don't type shit
God gave me both these hands to fight with, what's up?
... a knife click cause my right hand's like vikings
Might just throw you on the ground dices
Might just go into the pocket with your license
Get a wallet and a couple dollars my nice shit
Dyke bitches all up on my dick that's priceless
I just fuck 'em...
Wives is... the bitch I'm with cause they almost F like D (get it?)
Digest every little word I'm spittin'
Cause it's food for thought so pay attention, better listen
I'm on a mission to kill off every one of my competition
And if you are with that then good riddance ma'fucka

[Outro]
Charlamagne Machine Gun Kelly seems like someone you would diss...
Lyrically I wouldn't think you would like...
DMX Tryna say he's wack or something?
Charlamagne He is wack...
DJ Envy He's not wack...
DMX He's better than 80% of the rappers out there...
(It must be nice being MGK right now)
(Rage filled lyrics...)
(...but the rapper recently released what he says
Is the true meaning of the Lace Up movement)
(If there was ever a musical 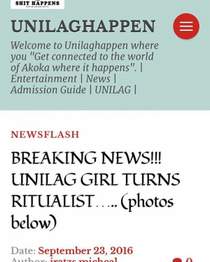